Home
Magazine
Archipelago
What's on
About
Un-built
Imaginary
Email
Interviews
Mission Neighbourhood - (Re)forming Communities
On the occasion of KoozArch's media partnership with the Oslo Architecture Triennale, we discussed with director and chief curator Christian Pagh his agenda for "Mission Neighbourhood" and the urge to start planning for local communities towards a “more human city”.

Curated and directed by Christian Pagh, the 2022 Oslo Architecture Triennale titled “Mission Neighbourhood - (Re)forming Communities” is a laboratory for the creation of more diverse, more generous, more sustainable neighbourhoods. Beyond the figure of the architect and spanning direct commissions, selections from the Triennale’s international Open Call, artistic interventions and student projects, the exhibition aims to directly engage with a broader spectrum of actors which include urban developers, city planners and citizens to collectively reflect on the very notion of “neighbourhood” and potential solutions at a local and Nordic scales. On the occasion of the official opening we discussed with Christian Pagh his ambitions for this Triennale and the wider agenda and tangible actions which could be taken beyond the programme of the coming months to inform the development of the city of Oslo and the shaping of more human urban environments. 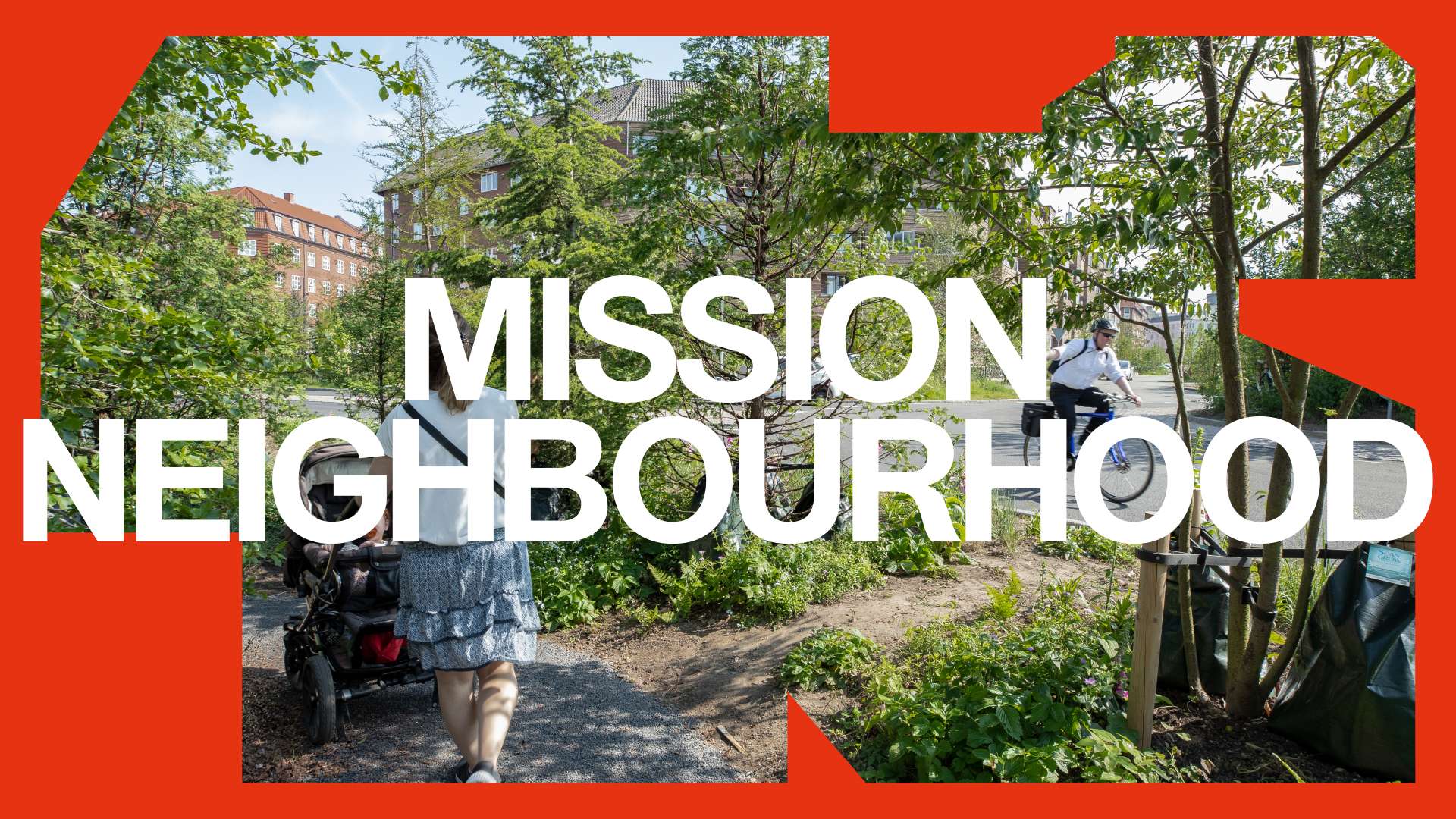 KOOZ This year’s Oslo Triennale is centred around the neighbourhood, could you tell us what prompted the selection of this topic of exploration and why it is important to explore this subject today?

CHRISTIAN PAGH The concept of neighbourhood as subject for this year’s Triennale stems from a series of observations from Oslo and cities worldwide. It seems to me that we are generally struggling to form urban environments in a way that considers communities and everyday urban life as an essentially social phenomenon.

Starting from the Norwegian context, I was quite surprised by the incapacity of this social welfare state to build for local communities and neighbourhoods, especially in the last few decades. Compared to the for example 1920 or the 1890s much of what has been built since the 1990s appears less caring and resolved, with less social ambition. This can probably be traced back to the financialisaton of the building industry and bigger role played by private developers and capital in the planning and development of cities. Within the context of Norway this was further exacerbated by right-winged policies that diminished the public role in urban planning in the 1980s.

What happened to our ability to discover and propose alternative ways of living together? How are we planning for shared spaces – parks, squares, and streets – but also playgrounds, sports fields, places where people can meet, produce and create?

Generally speaking, what is being constructed - aside from a few good projects - is unable to consider the notion of a community. I, therefore, decided to ask what happened to our ability to discover and propose alternative ways of living together? How are we planning for shared spaces – parks, squares, and streets – but also playgrounds, sports fields, places where people can meet, produce and create?

The pandemic heightened our awareness towards the neighbourhood and prompted many to question our “normal” routines within the city. Covid reframed the need for neighbourhoods and communities. Today people shop, socialise and entertain themselves online from the comfort, yet solitude, of their apartment. But we still need to be social in the physical world, we need places and occasions to meet and relate where we live, in our neighbourhoods.

The pandemic heightened our awareness towards the neighbourhood and prompted many to question our “normal” routines within the city. Covid reframed the need for neighbourhoods and communities.

CP By analysing the neighbourhood from both a formal perspective and looking into the places and interactions which shape and are shaped by these spaces and their respective communities, “Mission Neighbourhood – (Re)forming communities” explores the neighbourhood as belonging to both the physical and social realms. The main exhibition unfolds through five principal themes which include: Understanding Places, which features mappings of what you can call the software of a neighbourhood - its social and cultural dimensions and activities; Social Infrastructure, which explores the spaces for interaction and, specifically, looks at how institutions are embedded in the urban fabric; Our Streets, explore new mobility solutions and diverse ways of interpreting our streetscapes beyond the car (which I would argue is neighbourhood’s greatest enemy); Naturehood, where we present projects that work with nature and biodiversity on a neighbourhood scale; Reforming Systems, were we investigate bigger and more structural conditions such as public governance, economic frameworks, cultural and social conditions which inform the quality of a neighbourhood.

“Mission Neighbourhood – (Re)forming communities” explores the neighbourhood as belonging to both the physical and social realms.

KOOZ Specifically, throughout these five categories, what kind of creative solutions to the designing and planning of our neighbourhoods could effectively shape more inclusive, diverse, and sustainable cities? Where do you see the biggest challenges and opportunities?

CP The Triennale features a wide variety of ideas and projects which we hope will stimulate a shift towards a more human city. A great example is the Malmö project entitled “Noisy Neighbourhood” – the result of a different type of cultural mapping and eventually planning the development of an old industrial area. As the title suggests, the project proposes to allow for a noisy development of the neighbourhood to keep the vibrant local industry and cultural production there. A great strategy to build on a culturally active community and offer an alternative to gentrification.

In the category Our Streets the project The Street as Neighbourhood stands out in its attemptto reconfigure Oslo’s transport network introducing a series of “traffic islands” developed according to the natural corridors of the city, prioritising people, public transport and bikers rather than cars.

Finally, within the “Reforming Systems” category and in line with their boring revolution that will propel wider societal transition, Dark Matters Lab will exhibit their emotional mapping of places proposing a softer and more spiritual way of looking at our built environment.

The exhibition is optimistic and maybe a bit naïve in its belief that we must design and built better. It strives for local action with the ambition of possibly even having far reaching consequences.

KOOZ The pandemic has raised much debate around a re-imagination of the renaissance “ideal city” with the idea of the 15-minute city, where the classical “human measure” has now been interpreted in the framework of current health and environmental risks. What is your opinion on this approach of rethinking our urban environments?

CP The work of Carlos Moreno was pivotal throughout the making of the exhibition and I believe that my role as curator of this Triennale was to provide a platform which would engage the wider public in a discussion that was already on the mind of numerous thinkers and creatives.

In some ways one could argue that many of the northern cities are already 15-minute cities, and, in this sense, it is not only a matter of program and defining specific functions, but rather very much a question of designing for social interaction and organization at the scale of the street. Structural thinking and planning should be accompanied by a more phenomenological perspective. The devil is also in the detail; all the small architectural solutions and elements in everyday life that matter – as you might find it in discourse and voices of Jan Gehl or Jane Jacobs.

We are trying to make a Triennale that reaches an audience outside the world of architecture.

KOOZ The main exhibition is sited within the context of theold Munch Museum, which you have re-imagined as an alternative exhibition space and culture house whilst other events are scattered throughout the city. To what extent is the medium the message?

CP The exhibition is in a way somewhat traditional and pedagogical, showing architecture projects and other types or work. We are trying to make a Triennale that reaches an audience outside the world of architecture, to engage more people like myself (I am not an architect). These are subjects that I find both interesting and important. The project at the Munch Museum is in way a hybrid between a conventional show and a laboratory for ideas, open to the city, where both international and local voices have been invited to share their ideas. Additional initiatives like the establishment of a café developed in collaboration with an organization which works with local youth is great. We try the best we can to opening up the museum and its future agenda to diverse possibilities.

KOOZ As a knowledge-driven organisation that produces content beyond the Triennale festival itself, what are we to look forward /expect to in the coming months?

CP Going forward our projects are twofold. We are working on a kind of publication with a toolkit, examples etcetera, a “neighbourhood design for dummies”. This will be the result of all the work and research we have undertaken. We hope to publish this between the upcoming Venice Architecture Biennale (2023) and the World Congress of Architects (Copenhagen 2023). Locally, we are working with the city of Oslo, the Ministry of Planning, politicians, practitioners, architecture school to establish a network of experts of the Northern countries to keep pursuing this conversation across multiple cities. I see our ultimate objective as the establishment of a think tank where can develop the neighbourhood work more in depth.

Christian Pagh (1975) is Director and Chief curator of the Oslo Architecture Triennale. Before joining the Triennale, Christian was partner and cultural director in the Danish strategic design office Urgent.Agency. He has headed a range of projects within urban planning, strategic design, architecture and cultural development. He is an external lecturer in Copenhagen Business School and holds a master’s degree in Modern culture and Philosophy from Copenhagen University. Christian has written about urban and place development in a number of articles and publications, with a special focus on the social, cultural and artistic aspects of urban development. 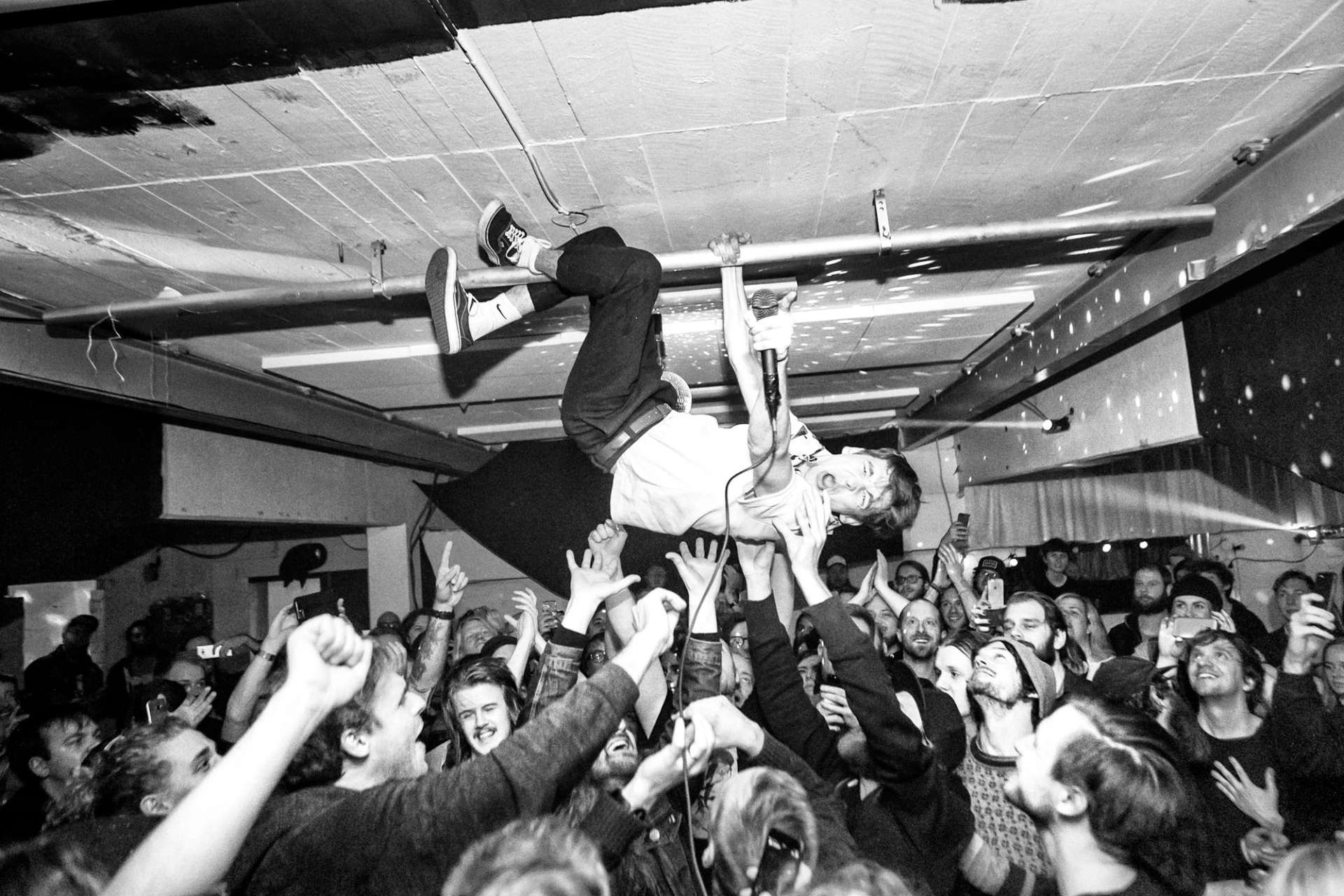 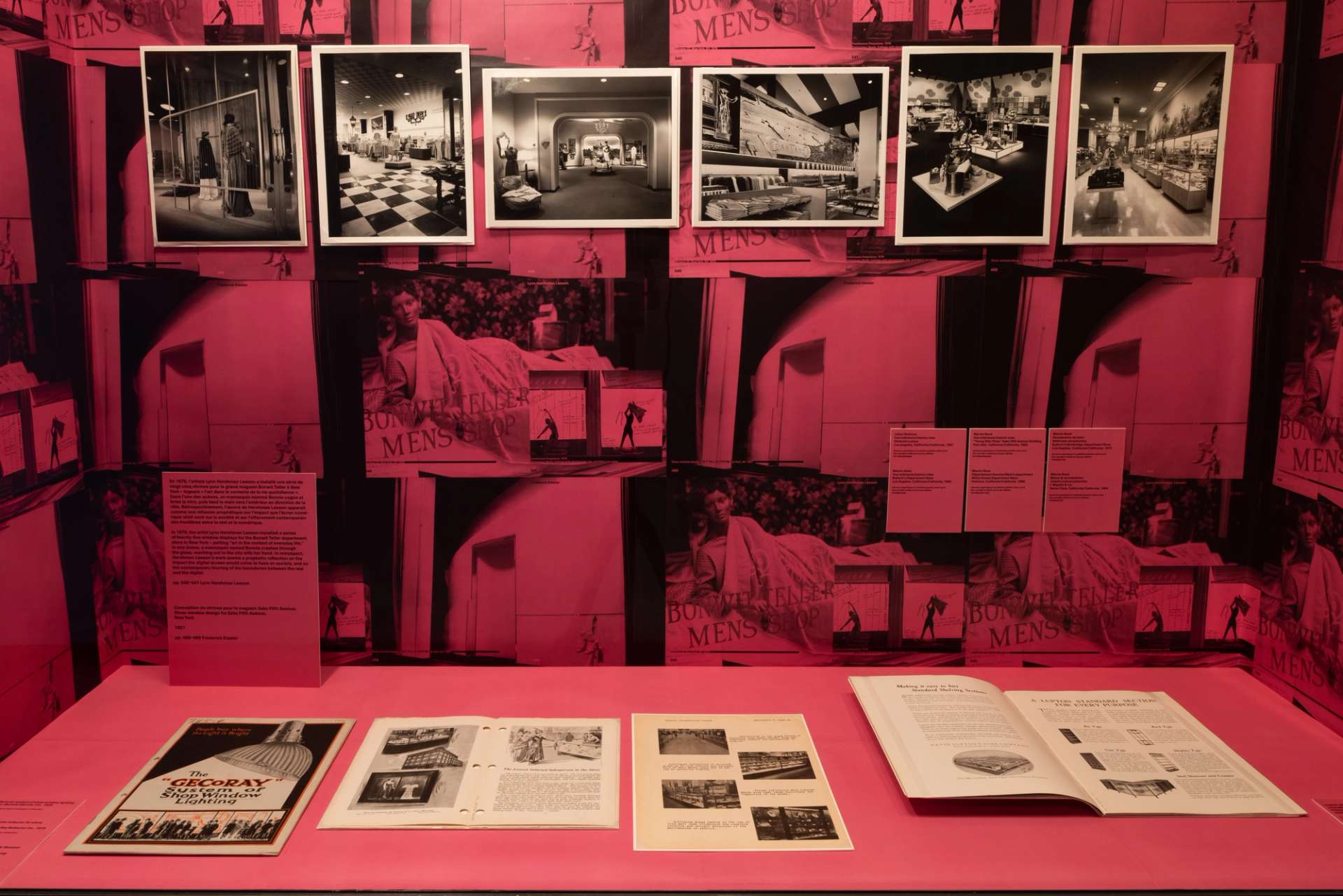 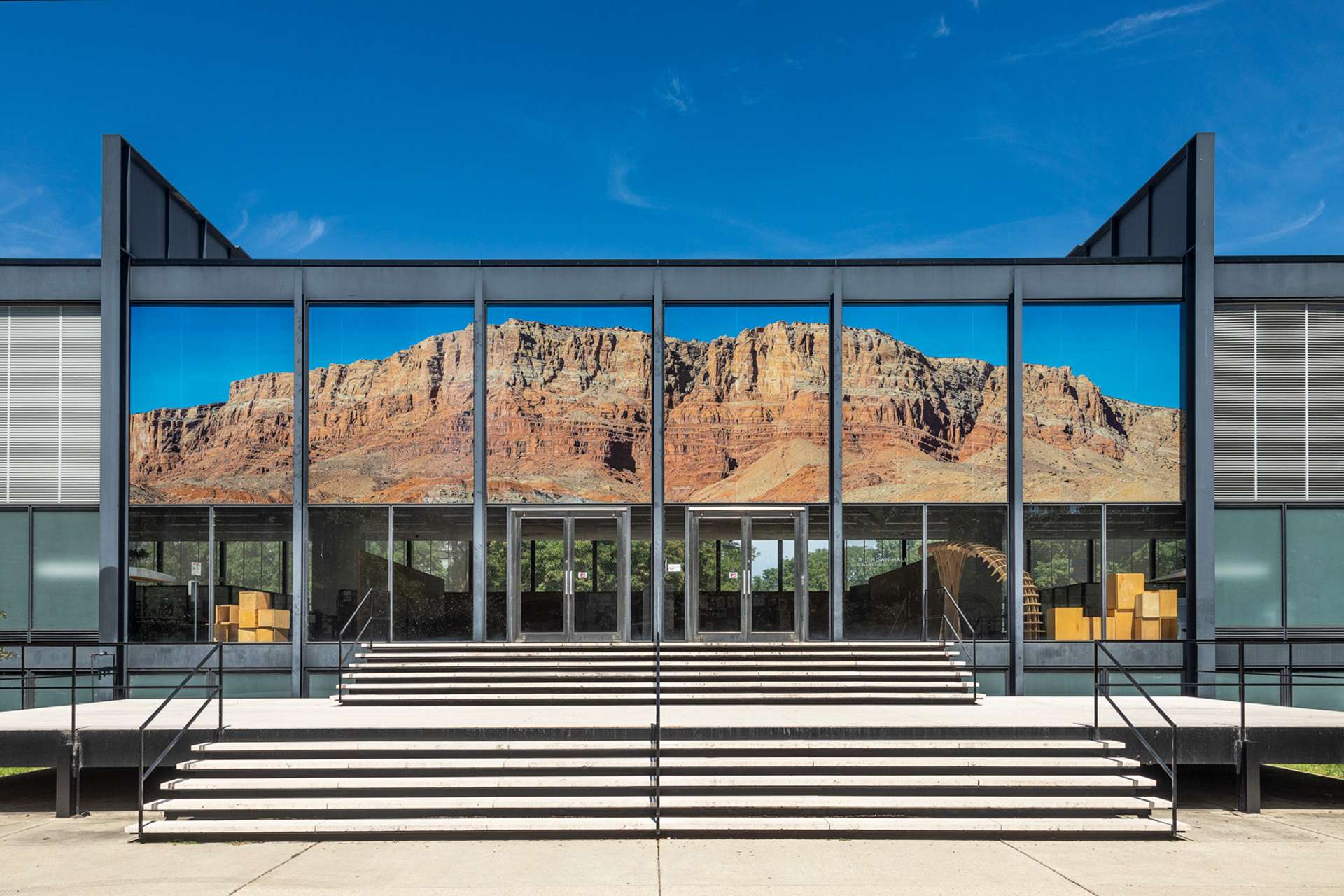 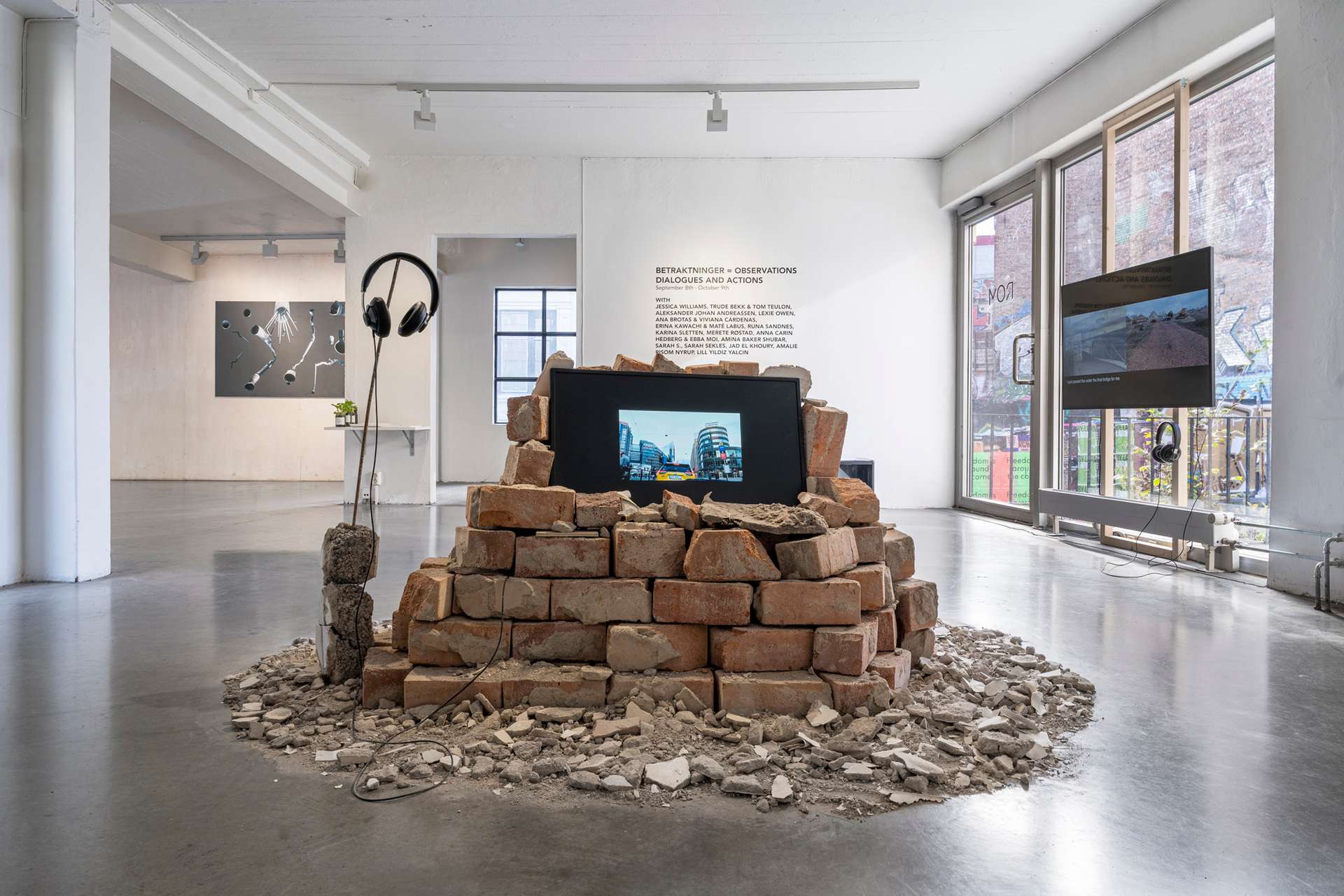