At 9:47 am (GMT), on January 16th of the year 2100, the hydrological overflows, accumulated due to the global sea-level-rise, bring London’s primary flood defence system, the “Thames Barrier” out of operation. To mitigate urban flooding, the project proposes the activation of the Deep Ground as a responsive flood-defence landscape. The Strata is injected with a series of hydro-membranes, which expand to protect the human and non-human infrastructure from flooding. Following the tidal Thames, the landscape operates in phases, submerging parts of its main body to lift others, which act as central circulation for vegetation and the human experience.

The project was developed during the MLA Studio 1 at the Bartlett School of Architecture. 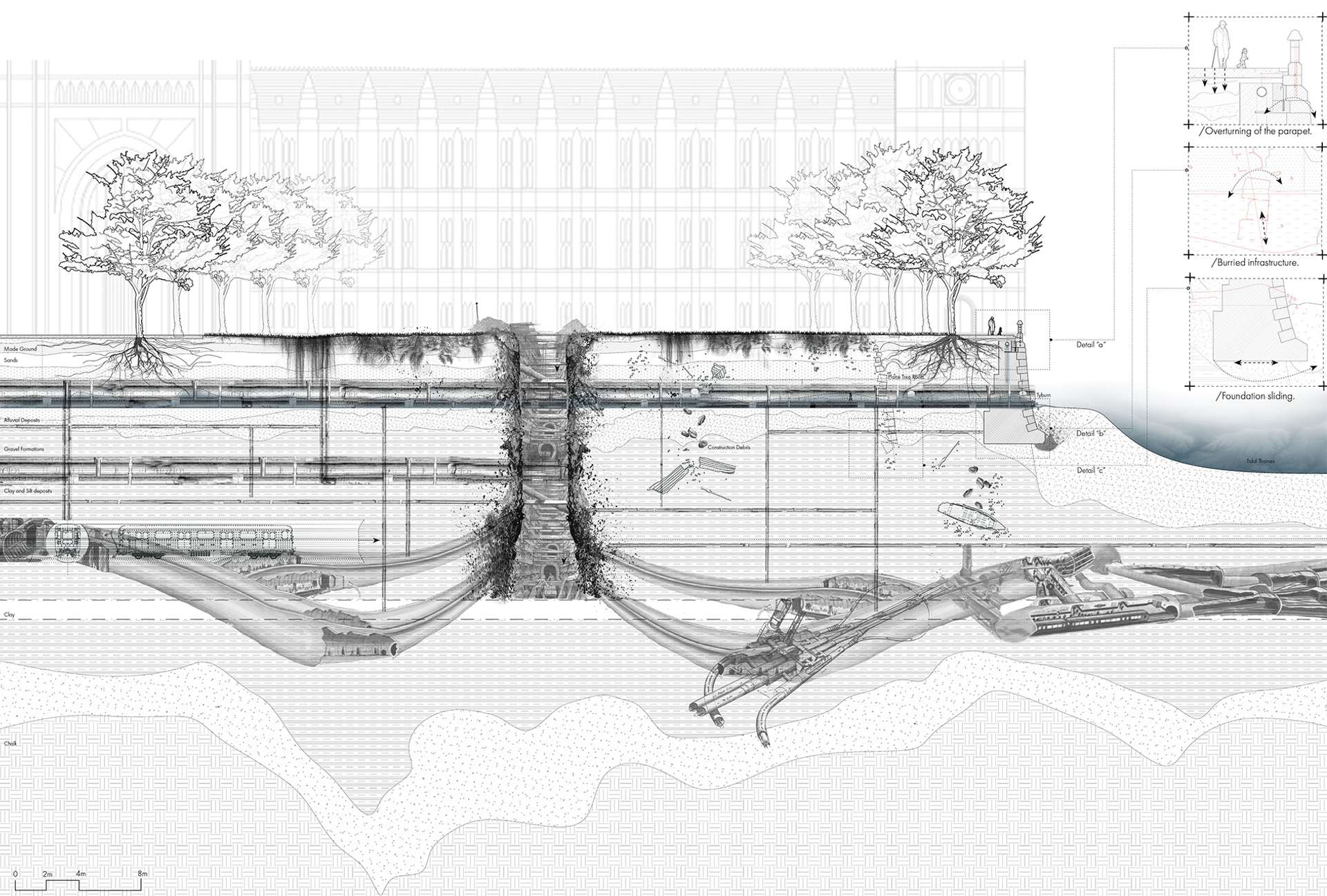 DF The project was inspired by the urgent need for resilient landscape systems which can be introduced into the urban environment to mitigate unpredicted tidal and storm surges. The city of London is directly linked to the North Sea, which is known for high intertidal currents carrying large bodies of water towards the Thames’s Estuary and right into the gates of the “Thames Barrier”. As our planet is experiencing extensive weather instabilities and an accelerating sea-level rise, the project proposes a speculative approach to how urban flooding can be mitigated by activating the Deep Ground’s ever-changing ecosystem dynamics. The proposal is based on a poetic notion to reactivate London’s hidden rivers -using them in reverse- as part of a responsive flood-defence organism of the stratigraphy.

The proposal is based on a poetic notion to reactivate London’s hidden rivers -using them in reverse- as part of a responsive flood-defence organism of the stratigraphy.

DF One of the main questions that the project raises to the architectural debate is “How do we live with and how do we design for unstable weather phenomena?” Associating this ultimate risk with the urban domain, there is a vital priority to reimagine our means and methods of designing, within, but also ahead of our time by innovating with the already existing, hidden or sealed natural systems of our cities to produce landscapes which have the capability to learn and self-adapt to the drastic changes of the environment. The design communicates the incredible potential of deploying London’s hidden riverways into a flood-responsive network of the Deep Ground which phases according to the received hydrological input. Under extreme surges, the generated water overflows are absorbed and redirected from a series of membranous tissues into the core operational bodies of the landscape to be exhausted.

Another critical aspect that the project addresses is how land-use politics in metropolises have achieved to “seal off” existing green infrastructure to make way for extensions in the transportation and industrial sectors. Re-wilding our cities in terms of multifunctional natural systems and ecosystem services allows us to gradually strengthen our climate adaptation networks, which can successfully manage larger water volumes generated by immense urban water run-off, flash-flooding and tidal surges through sediment control and the high permeability of their superficial deposits.

Re-wilding our cities in terms of multifunctional natural systems and ecosystem services allows us to gradually strengthen our climate adaptation networks.

KOOZ How does the project reimagine the relationship between natural landscape and man?

DF The “Deep Ground” refers to the understanding of landscapes as multi-scale territories which exist under the continuous influence of ever-changing ecosystem dynamics. This particular notion is investigated within the project to achieve a reciprocal relationship between human and non-human natural landscapes. The design becomes tangible to the human domain as an aboveground “tidal park” while insinuating an ongoing phasing and response of the landscape’s performance underneath. Visitors safely circulate through the park while experiencing the progressing behaviour of landscape agents absorbing the incoming water flow lifting specific regions above the flood level. Man and landscape are woven into an ambiguous reality of seen and unseen territorial operations ordered by the tides, the weather, and the atmosphere.

KOOZ Together, building and construction are responsible for 39% of all carbon emissions in the world, how can and should we as architects work pre-emptively to mitigate the climate crisis?

DF Mitigating the climate crisis involves large-scale interventions that drastically reduce the rising rates of greenhouse gas emissions by introducing methods which take advantage of renewable energy resources for transportation and building construction techniques. To address climate emergency, we should focus both on the “mitigation” and the “adaptation” of localised and smaller-scale solutions that can be introduced into our lives. Therefore, our most significant responsibility as designers is to challenge the socio-political scene with applied research on new material applications that could improve outdated construction techniques and provoke our current living habits and behaviours while adapting to climate change. Responsive landscape and architectural design can provide an incredible resource for the climate emergency by understanding and adjusting to the needs of the adjacent environment instead of providing monolithic and static solutions that will subsequently reach their limited capacities over time.

To address climate emergency, we should focus both on the “mitigation” and the “adaptation” of localized and smaller-scale solutions that can be introduced into our lives.

KOOZ How do you envision a sustainable approach to designing and constructing?

DF By producing localized markets of material distribution and investing in the advanced research of infrastructure that supports essential ecosystem services which focus on climate regulation, air and water cleansing, erosion and sediment control, water supply regulation, waste decomposition, etc. Moreover, through experimental material applications that transgress the boundaries of conventional design to achieve molecular adaptation and responsive behaviour, we can generate architectural environments released from the limits of a lifespan as they follow the dynamic changes of their environment.

KOOZ What is for you the power of the architectural imaginary?

DF The architectural imaginary has the power of providing new Spaces to visualise phenomena in relation to instances that are not always rationally perceivable, such as the dynamic instances of time, memory and the natural elements of light, air, and gravity. Architecture is one of the few disciplines that have the ability to fuse the dimension of the pragmatic and the tangible with the speculative and the fictional. “Built Space” can be displaced and reimagined into an ambiguous reality that fluctuates between human and possibly non-human cosmoi. This state gains a democratic essence since it’s accessible to everyone and anyone and ready for uses/programs that are not yet conceived.

Dafni holds a Bachelor’s degree in Architecture from the Technical University of Munich, and she is currently completing her master’s of Landscape Architecture (MLA) at the Bartlett School of Architecture. Her work is characterised by poetic narratives which combine both architectural and landscape design to create dynamic territories which address environmental and socio-political contexts. She has been awarded the 1st Prize at the “Architecture Thesis of the Year 2020” competition for her thesis “Isthme/ Le Chaos Sensible”, completed at the Chair of Francis Kéré at the Technical University of Munich together with her teammate. In 2021 her recent landscape project “Fluid Strata” at MLA Studio 1 led by Ana Abram & Maj Plemenitas received an Honourable Mention for its imaginative and speculative approach at the “Waterless World Competition” of NonArchitecture. Currently, she is working on the theme “Towards & Against a New Landscape of the Nuclear” in MLA Studio 6, led by Matthew Butcher and Tiffany Kaewen Dang.

Interviewee
Dafni Filippa
Interviewer
KoozArch
Published
08 Dec 2021
Reading time
10 minutes
Share
Topics
Student projectsResearch for ActionMitigation and AdaptationEcology
Related Articles by topic Student projects
Interviews
04 Jan 2023
Inhabiting the Remoteness
Interviews
30 Dec 2022
CAP 18, Revitalising Paris's 18th arrondissement
Interviews
28 Nov 2022
Acts of Resistance. Place and policymaking in the Danube Delta, Romania
Interviews
23 Nov 2022
Useless Terrain
Subscribe to the Newsletter
Craving a bit of KoozArch in your inbox? Sign up to our newsletters and we'll keep you posted with everything great going on in the realm of the un-built.
Related Articles by topic Research for Action 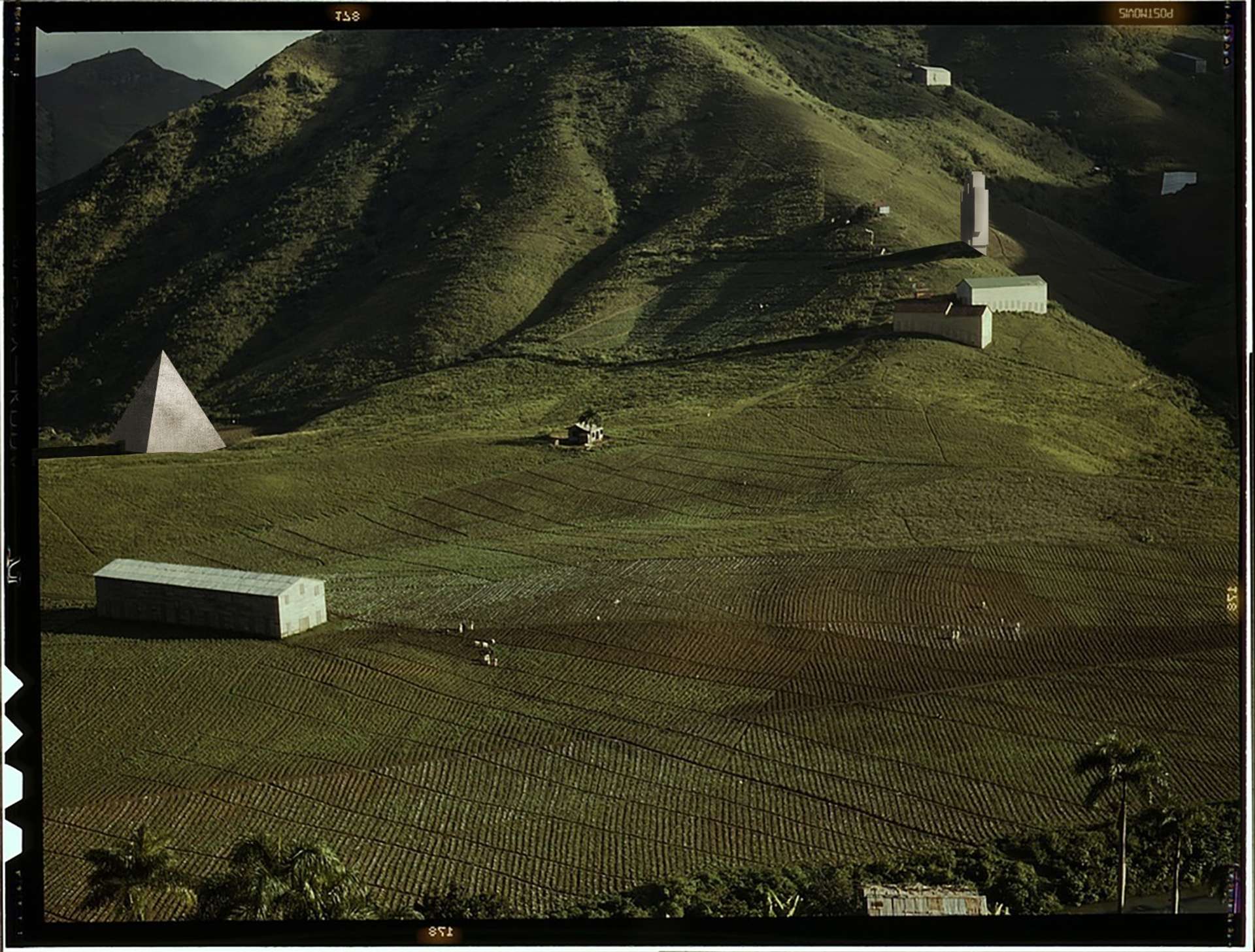 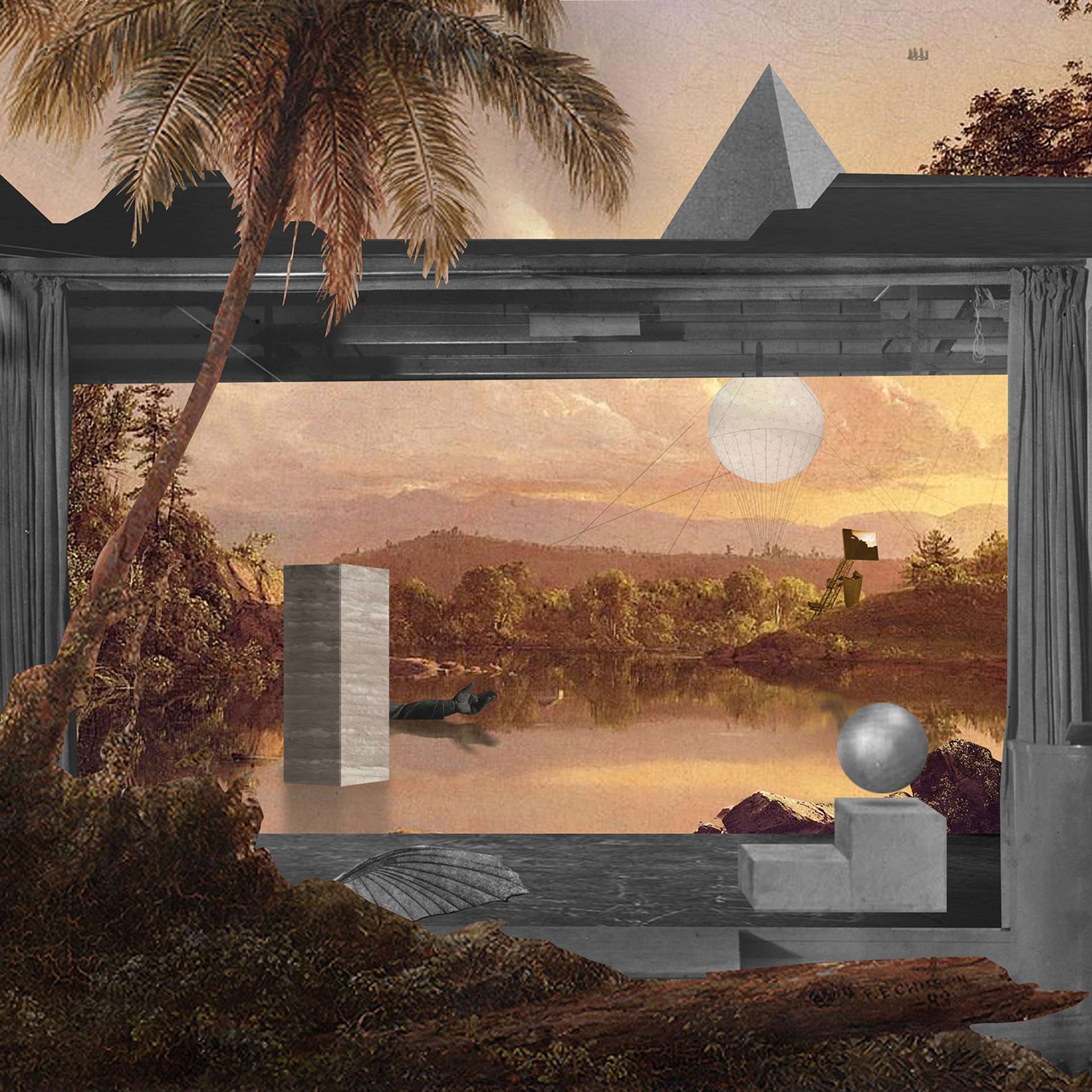 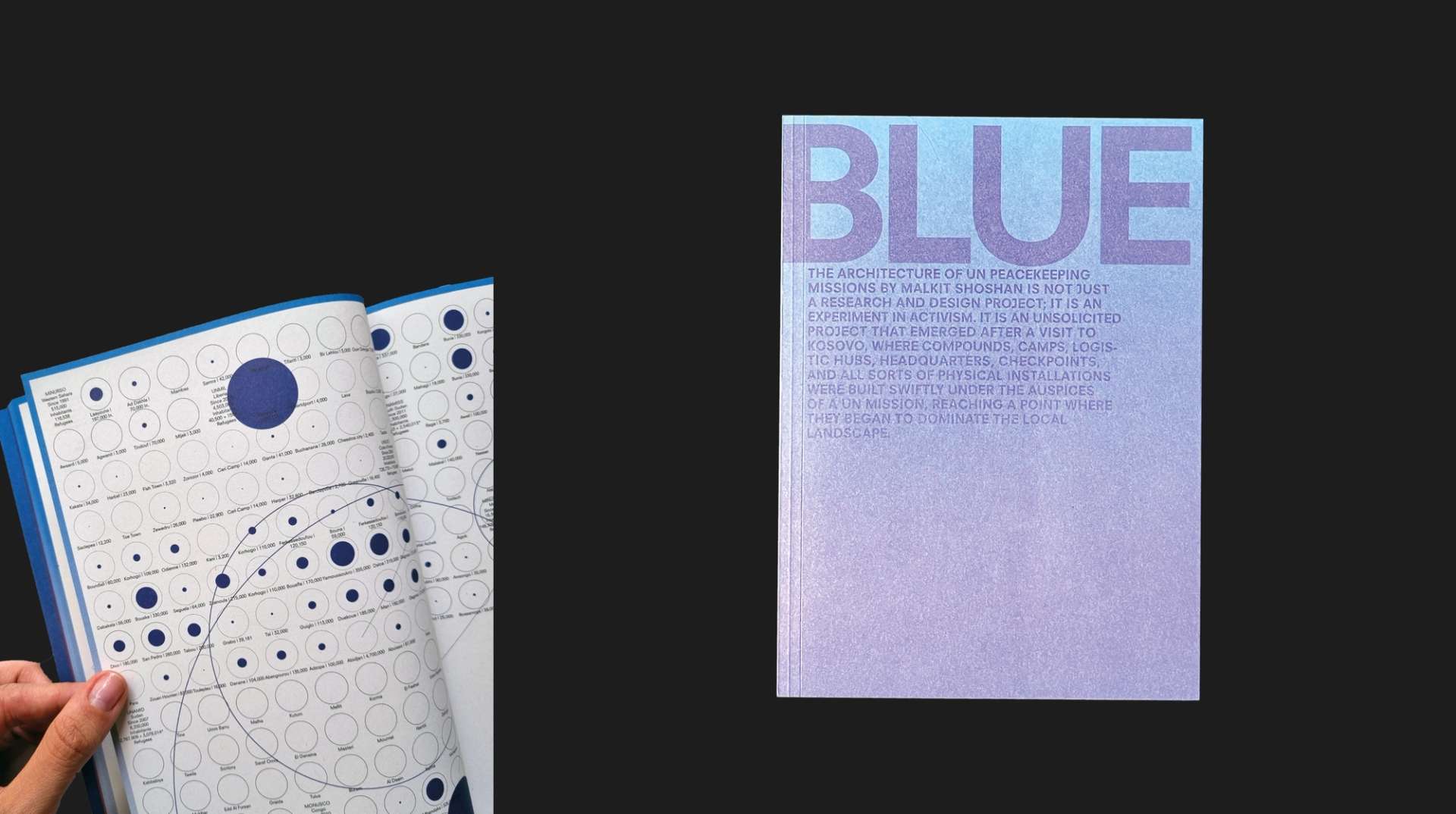 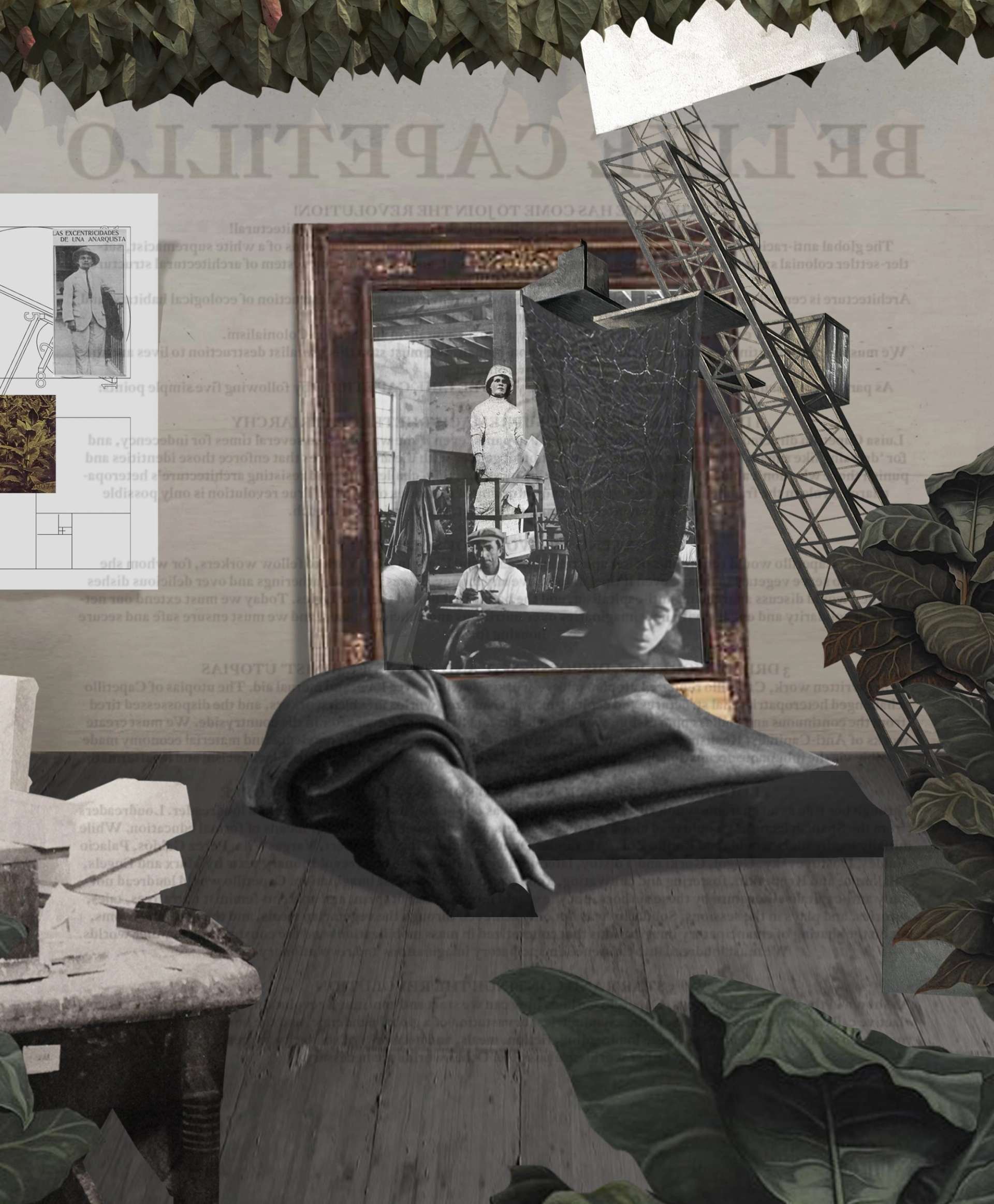